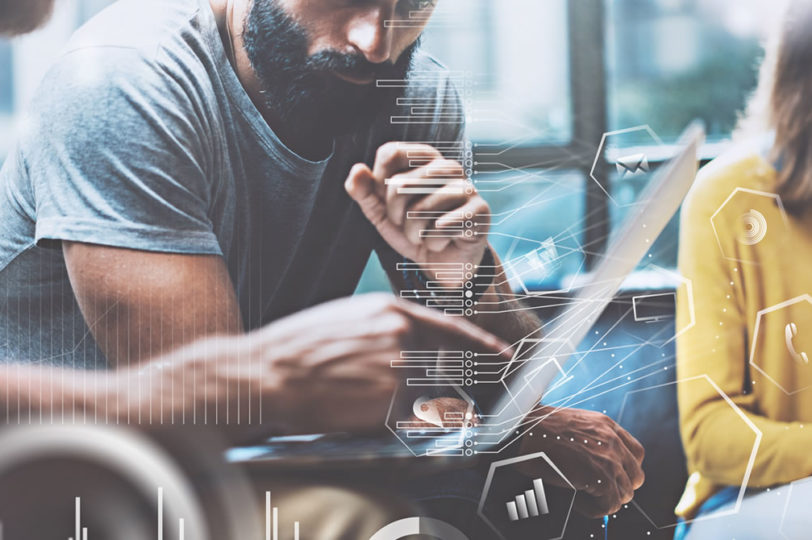 The American automotive icon General Motors (GM) is investing millions of pounds in a British technology start-up that is targeting a leading role in the impending revolution in driverless vehicles.

Sky News has learnt that Chester-based wejo has struck a landmark deal that includes a $25m (£19.4m) cash injection from GM alongside a long-term data-sharing agreement between the two companies.

Sources said the alliance was signed several weeks ago, but has yet to be disclosed by either side.

GM’s investment includes an ‘in-kind’ consideration worth more than $70m to supply data from millions of the car-maker’s vehicles for wejo to manage for seven years, according to insiders.

Wejo was founded by Richard Barlow, an entrepreneur who foresaw the value of data from ‘connected cars’ to insurers, local authorities and breakdown recovery services.

To date, the start-up has processed data from 78 billion miles of car journeys.

It says it can enhance vehicle safety and improve the car-driving and ownership experience by helping to develop new products and services, such as real-time parking availability and local petrol price comparisons.

Wejo believes the ability to predict breakdowns and collisions, while monitoring traffic and air quality, will become an essential benefit of the connected car market.

“The value of this data to industries like traffic and mapping, urban mobility, insurance, parking and geolocation is potentially enormous,” one insider said.

In addition to the GM investment, wejo will continue to work with a range of other major car manufacturers, according to insiders.

The backing from GM makes wejo the most valuable British start-up in the connected car space, amid an anticipated explosion in the number of internet-enabled vehicles during the next decade.

Securing a partner in the world’s largest developed car market is expected to prove critical to wejo’s efforts to turn itself into a genuinely global data exchange.

One source said the data provided by 12 million GM vehicles would give the start-up greater insight into driving trends, traffic patterns and car utilisation.

The race to commercialise motoring data is emerging as one of the principal battlegrounds in an industry which is being both ravaged and reshaped by technological advances.

Analysts at Gartner expect the connected car market to grow to more than 250 million cars by 2025, with 20 million cars projected to be on the wejo platform by the end of the year, according to internal company forecasts.

In a statement issued to Sky News, a wejo spokesman said: “GM has more experience with connectivity than any other automaker and wejo’s data scientists are at the forefront of analysing and understanding the data generated by vehicle sensors.

“Together, we will create even more value for customers from connectivity.”

The Series B investment from GM represents by far wejo’s largest fundraising to date.

Its Series A round of $8.5m was concluded last summer, with investors such as DIP Capital contributing to the earlier capital-raising.

Wejo employs approximately 150 people in the UK and US, and is expected to use its new funding to grow its workforce.